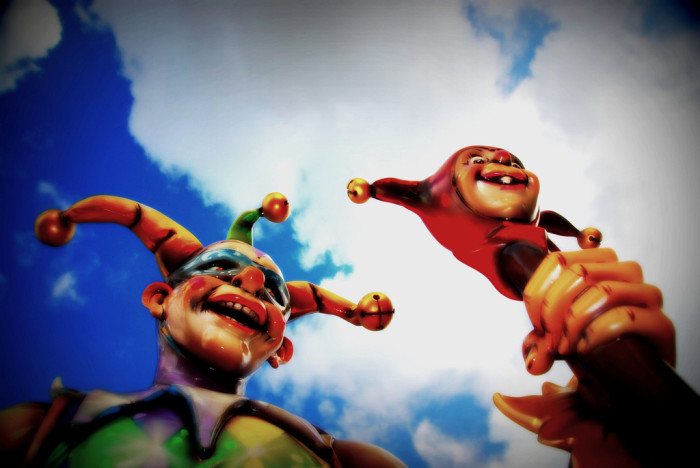 Photo by Will Montague

The career path of most well known gangsters follow the very same pattern. They start small time and make it to the top through a mix of ability, skill, deliberation and luck. They spend some time on the top ruling their world and acting like a god. In the end, they all come crumbling down. Some die, others go to prison for what is left of their lives. There is a moment in all of their stories, after which there is no turning back. And that’s the moment they get identified with the role they were playing. They are unable to look reality in the face and accept that they are not really all powerful. They go down rather than detach themselves from the role. There is a lesson there for all of us not aspiring for a career in crime. We start making bad decisions as soon as we fully identify with whatever role we are playing and loose the ability to get perspective. So the lesson is:

You start losing the game the moment you forget that you are playing it. So don’t.

Inspired by the Legend and Black Mass.

There are some things that religion has done better than any other entity throughout history. It’s well worth studying the strategies that allowed religions to outperform secular organizations in these specific areas.

Education
Universities do lectures, religions do sermons where you get involved and go home with a vivid memory of an experience. It’s participatory as opposed to passive listening.
Religions know we forget everything unless it’s repeated all the time. So the key principles and teachings (10 commandments, four noble truths) are repeated over and over again.
Religion manages your calendar according to its own agenda so that you are busy with the things that aid your religious advancement year around.
Religion uses art as a means to an end, to communicate the cornerstones of the faith as opposed to looking at art as something that serves its own purpose.

Community
Religion gets strangers together and to be friends or at least notice the human being in the other person. This is more powerful then hobby groups (niche communities) of the secular world, because it covers the entire spectrum of society, whereas hobby groups are limited to certain kinds of people.
Religion deliberately acts as a host and facilitates getting to know total strangers and forming relationships with them. As a result, strong and diverse communities are created.

Organization
Religions are the longest lived and most efficient organizations on the planet.
They are built on a strong foundation of a firm belief in a set of ideas. Discipline and self control is the cornerstone of all organized religions.