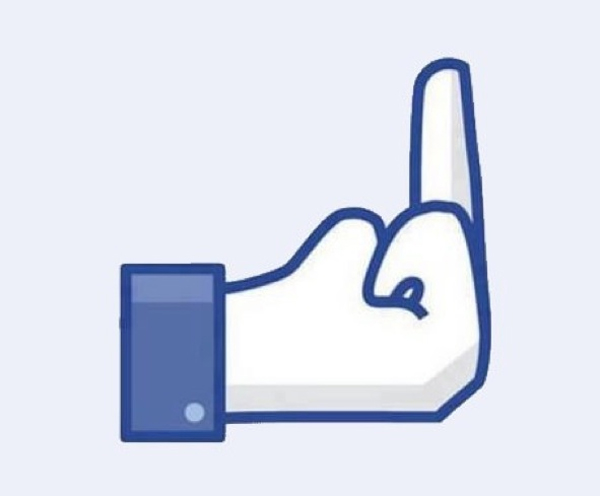 It was driving me mad and I had to do something about it.  A year later, it’s time to draw some conclusions.

On April 29, 2013, I sent a message to all my friends on Facebook, telling them that I’d not be on Facebook in the foreseeable future and that they could still reach me via email or phone. The reactions surprised me. I got several emails asking what was wrong as if I’d been terminally ill or something.

I had to explain that I didn’t have cancer, only Facebook had become too much of a distraction. More than that, it became an addiction to be honest. I kept going back and checking the news feed. I didn’t even take most of it in, it just became the default thing to do in between tasks and, more and more frequently, I’d do it in the middle of something too. It was as if I’d been under some sort of spell and I wasn’t really in control of my actions, at least as far as Facebook was concerned.

So after sending out that message, I unfriended my 700+ friends one by one and unliked all the pages I was following.

Truth be told, I didn’t stay entirely away from Facebook. I couldn’t delete my account as I needed it for work. I resorted to communication on Facebook a few times when there was no other way and also hit the like button accidentally. But whenever my autopilot took me back, my news feed was like virgin snow. There was nothing to see there, so I stopped going back after a while.

Initially, it was really hard and I didn’t know what to do with all the time I suddenly had on my hands. I quickly found substitutes to waste it. I started reading more news and checking email every 10 minutes. But I soon corrected and limited both of these to a reasonable amount.

It took weeks after quitting Facebook for a distinct peace of mind to set in. But when it did, it felt as if my mind had been decluttered and now there was only space and tidiness.

My productivity has increased a great deal. I have been able to focus on a single task again without an urge to get some sort of instant gratification every ten minutes.

My social life wasn’t affected much. If anything, it improved as I’ve had more time to spend with close friends. I’ve also been quite happy not to have heard of some people.

If you have any friends on Facebook that you only hear from on Facebook even though you live in the same city, unfriend them today. Your life will get better in an instant, I promise.

I’m sure I missed a lot of parties and all sorts of events that were announced on Facebook exclusively. But I don’t know what I missed so it feels like I didn’t miss anything at all.

Staying away from Facebook helped me understand the nature of human relationships a little better. I don’t cling anymore. Some friendships get stronger over time, but most don’t. They just fade away. And that’s perfectly fine.

It’s all about who you know these days isn’t it? Yes. But knowing somebody doesn’t equal to having them as friends on Facebook. Also, I’d like to see the Facebook message you send to someone you were close with one day, but haven’t spoken to for 10 years.

Why I’m still going back after a year without Facebook

Here is the thing.

I’ve realised that the problem wasn’t with Facebook, it was with me and how I used it.

Some things are just plain bad for you. Others can serve you well if used in a smart way and in moderation. I think Facebook belongs to this second category.

There is also a practical reason. Everyone is on the freaking thing. I’ve met so many people in the past 12 months. I had to explain to all of them why I wasn’t on Facebook, which made me look like a weirdo. When I told them I didn’t have Viber and Whatsapp either, and not even a smart phone, most of them thought I was living in a cave. Not that that bothers me, but not being on the same platform everyone else is is simply not practical.

I’d be mad to go back to my old habits and let my addiction develop again though. I have to make sure that while I can take advantage of the positive side of Facebook, I create a safety mechanism that won’t allow me to go back to my old ways, even if I wanted to. So here is how I’m going to use Facebook in the future.

I think Facebook had been great as long as it was just that: a book of faces. A place where you could easily find and reach people. Much like a phone book, only better, because it added faces to names. But that wasn’t good enough for profits. Consumption had to be introduced into the model so that people would go back for more and more.

Before the news feed, the time you spent creating content on Facebook pretty much equaled the time spent consuming content. What the news feed did was it turned Facebook into the new television. Suddenly, you’d read much more stuff than you’d write. Hundreds of millions of people got hooked. Facebook became their primary and often only source of new information.

I’m worried  about all the people who think they are just talking to friends, but actually, they, and their data, have become the product Facebook is selling to advertisers. Which is a legitimate business model, but its inherent problem is that it want’s (and makes) the user spend ever more time using it, taking valuable time away from activities like exercise, reading, making art or face-to-face time with real friends.

I’m not even going into the issue of how what you see on Facebook is decided by some algorithm, and how that might affect what you think about the world. I just want to remind anyone reading this to take a step back sometimes and see why you’re doing what you’re doing and think again whether that’s the best way to spend your time.

I will certainly watch myself carefully and only use Facebook as long as I feel in control.

I’d love to hear your perspective! Did you ever catch yourself spending too much time on Facebook? What did you do about it? Also, if you liked this post, feel free to share it on Facebook 🙂