The deeply ingrained sense of not being good enough

The feeling of inadequacy, of not being good enough, not being worthy is such a domineering factor in the human experience. It’s there in all of us by design, as a side effect of the intellect. It’s very apparent in some people and it goes unnoticed by the vast majority. I feel lucky to belong […]

Have you ever seen a couple of months old baby up close?  If you have, you must have noticed how they look at the world around them. With complete awe, and as if they have no clue about what’s going on, what all this is. The inadequacy, and awkwardness of their every action is proof […]

How to Break Out of the Busy Trap: Waste Time Consciously

You never seem to finish your to-do list. And you often don’t even know what to do first because so many important and urgent tasks compete for your attention. You’ve tried every productivity app, but your several to do lists keep on growing. You’ve read all the articles on how to get more done. What […]

Thanks to a number of influential people over the years shifting to veganism, it has grown in popularity year-on-year, with many jumping on the bandwagon without fully understanding what it is all about. So with that in mind, this article will provide an overview of veganism, particularly in terms of how it can have an […]

The thrill of letting go

The sun has gone down, and it’s new moon. You are riding a bike downhill a serpentine road patterned by patches of gravel and potholes. The headlamp you are wearing is not designed for this. You only see what’s in front of you when it may be too late.

How to treat insomnia

Almost everyone is affected by insomnia at some point in their lives, the condition in which you have the opportunity to sleep and yet you can’t. There are different types of insomnia and there may be several underlying causes. I’ll be talking about what I have here, which is transient insomnia.

Louis CK came to Budapest. And I went to see him. I haven’t always been a fan. I recall my first encounter of his stand up on YouTube very vividly. It was a piece where he groans like a moron for about two minutes. I didn’t judge him by that alone though. I had a […] 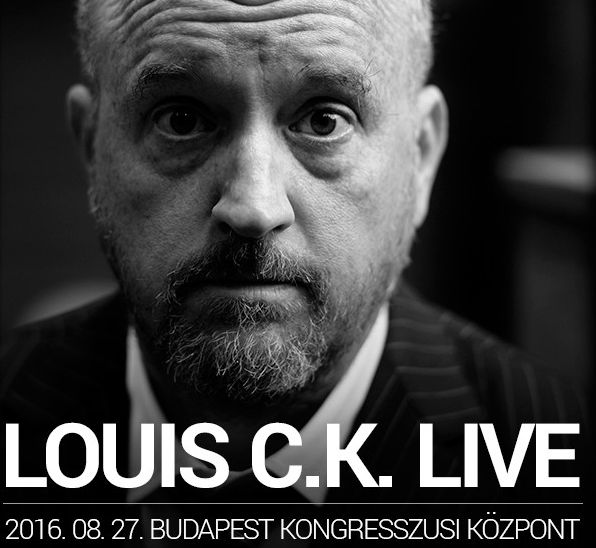 The spiritual depths of mountain biking

When you are out biking in the woods, you naturally prefer going downhill to going uphill. Downhills are easy and fun. Uphills are arduous, even frustrating at times.

The lessons I learnt trying to learn too many lessons

I began this year with reflection, looking back at the past year trying to connect the dots. One thing stood out: I had consumed a ton of information in various shapes and forms and had several realizations of my own. And yet, I didn’t feel I had managed to keep a good record of these […]

From Monkey Mind to No Mind

Mind, as a noun, is quite misleading. It sounds like a part of your body, an organ even, while it’s actually a function of the brain. It’s a process that your consciousness perceives as the inner chatter, a relentless succession of thoughts. Only by making that distinction do you have a chance to take control […]

How being an info junkie fucks up your life

Your mind is drowning in information. It’s screaming for help, but you can’t hear it. You get a sense that something isn’t right, but you don’t know what. So you search for what might be the problem and feed your mind even more information in the process.

The Century of The Self – A Summary, Critique and Practical Lessons

This documentary is nothing short of astonishing. It gives you an explanation to why the world is the way it is today and how human nature shaped it in the past century. Even if you didn’t learn any new facts from it (you will), it would be worth watching just for the way it connects […]

The career path of most well known gangsters follow the very same pattern. They start small time and make it to the top through a mix of ability, skill, deliberation and luck. They spend some time on the top ruling their world and acting like a god. In the end, they all come crumbling down. Some die, others […]

Choosing What to Think: No Bullshit Meditation

Do you choose the contents of your awareness? If you pay attention, you’ll quickly realize you don’t. So who or what does then? If you are not in control of what’s in your head, are you in control of anything?

To gauge the likeliness of a future event, look at similar events first, and particulars second. Learn more.  Question authority and ideas taken for granted by other people. In the end, you are always responsible for the choices you make even if someone tells you otherwise. Inspired by Stanley Milgram Reduce or eliminate chronic inflammation (the cause […]

I’m not like most people – Why the blind obedience to authority?

I’m not like most people. We like to think that don’t we? Especially when most people are depicted as sadistic maniacs, or at the very least, as people who will torture a human being just because someone else says so.

To live 100+ do low intensity exercise most of your waking hours. Have a purpose for existence. Switch off regularly. Drink little, eat little animal products and mostly plant foods, not too much. Have strong family ties, belong to a community and hang out with people who reinforce all your positive habits.

I learn new stuff all the time. Some of it I figure out from my own experience, some is inspired by books, movies or personal encounters. Over time, much of this knowledge fades away and is phased out by new ideas I get busy with. I want to change that and be able to internalize […]

How to form new habits: a brutally honest follow-up on what worked and what didn’t a year on

In the fall of 2014, after an intense period of non-stop travel through South and North America, I chose to settle. I had to build up my life systems and routines from scratch. I read a couple of  books on how habits worked and started experimenting. I’d already posted a follow-up a few weeks later, […]