How to break the rules and get away with it

I finished work at 10pm and felt like getting away from the solitude of my computer was becoming a matter of life and death. It was too late to bother anyone with a phone call so I headed straight to a place where I knew I’d find something happening. The space (where you can actually […]

I walked past a middle aged man gazing into a café the other day. I was right behind his back, when he suddenly turned around, and shouted „Vicky needs a coffee” right into my left ear. He was obviously talking to his friend on my right and didn’t see me coming.  The woman he was […]

A trip to Morocco

After having lived in some and visited most South American Countries, I thought seeing a bit of Africa would hold no major surprises for me. Like many times before, I was wrong. 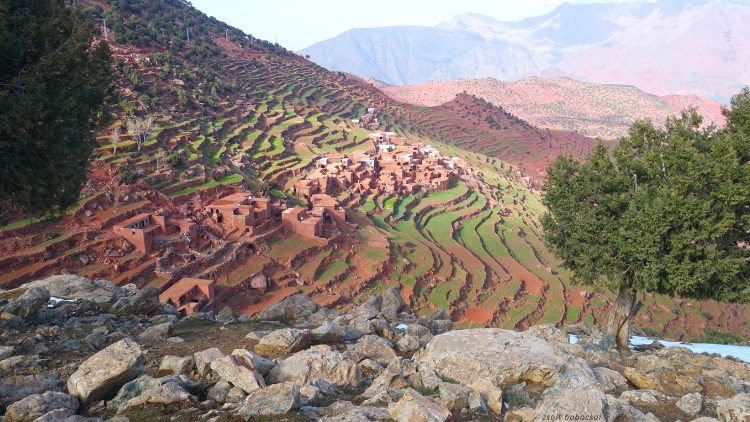 RATING: ★★★★ My fascination with habits and how they influence our daily lives started with this book. An interview with the author, Charles Duhigg to be precise. Almost two years  later, I thought it was time I actually read the book. I had already been applying many of the principles Duhigg describes in the Power […] 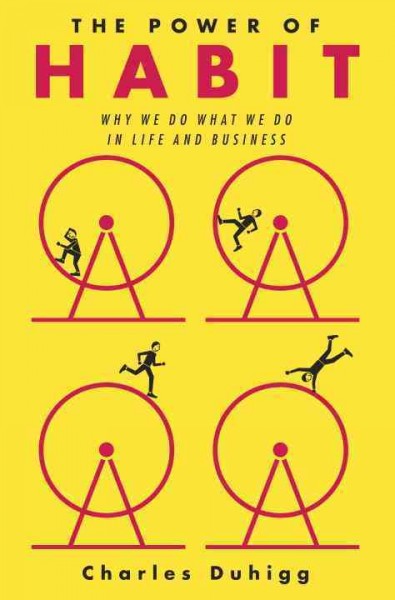 How I Quit Smoking – Habit Tweaking Four Weeks On

Wow! It’s been such an educational four weeks and I have so much to share I don’t even know where to begin…. Let’s start with the big picture and work towards the specifics. A few of the key lessons I’ve learnt to start with: 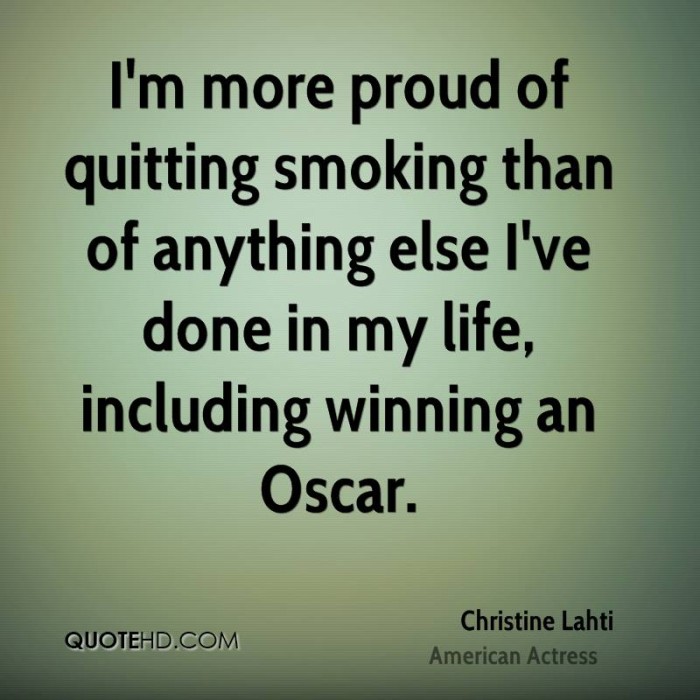 Hooked: How to Build Habit-Forming Products by Nir Eyal – Summary and Key Takeaways

RATING: ★★★★ I can’t decide whether I’m more interested in designing habit forming products or in finding out how to prevent products from forming my habits. Either way, Nir Eyal’s book, Hooked, is a fascinating read. It walks you through the steps that lead to forming new habits around a product using loads of real […] 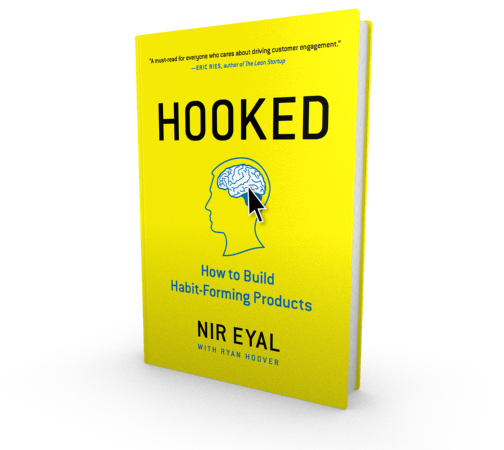 Did you set a New Year’s resolution last year? Chances are you did – every second person does, every year -, but you probably don’t even remember what it was by now. Close to 90% of New Years resolutions fail. Why not try something new this time? (Apologies for being so pompous as to quote myself […] 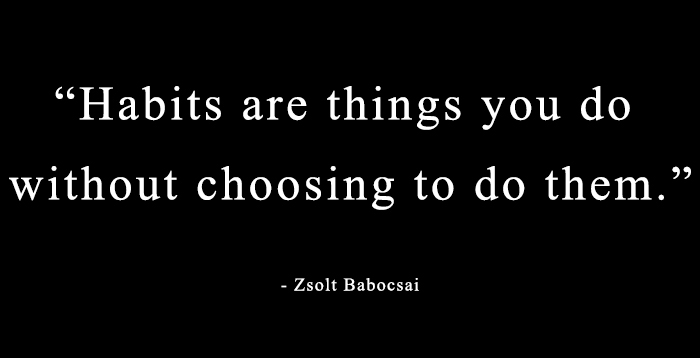 Good Carbs Vs Bad Carbs or How Not to Get Diabetes

How little I know about some basic stuff that have tremendous influence on the quality (and length) of my life sometimes amazes me. I’m due for a blood test to determine whether I have diabetes a week from now. In the meantime, I have a chance to learn more about the things that can make me […]

How to run a survey with a 95% response rate

Do you ever see those folks standing at a busy part of town holding a questionnaire in their hands? As soon as you spot them, you’re trying to think of a polite and yet firm way to reject them. I often wonder who actually does stop to talk to them. What kind of a response […]

Minimalism shouldn’t be something to aspire for. It should be our default way of being. Only, it’s not.

The grass is greener in Hungary

source: nagymaros.utisugo.hu We had two options. 1. Risk getting lost in the woods at night without a torch 2. Go down to the main road and take the bus back to where we left the car.

How travel makes you a better decision maker

For the record, I’m not saying travel makes your decisions better, although it might. What it definitely does is it makes you a better decision maker.

How to stay fit and eat healthy while travelling

Although I was being conscious of staying fit and healthy throughout the 9 months of my travels, I was expecting to gain some extra weight, because I really didn’t hold back when it came to tasting local delicacies (Save the fried worm in Ecuador, but that had little to do with healthy diet and more […]

It’s been a hell of a trip. I’ve seen, experienced and learned so much that I’d have to write a book to share all of it. Even if I had the time to do so, which I don’t, I’d never be able to tell the whole story. Most of what I’ve seen and learned cannot be put into […] 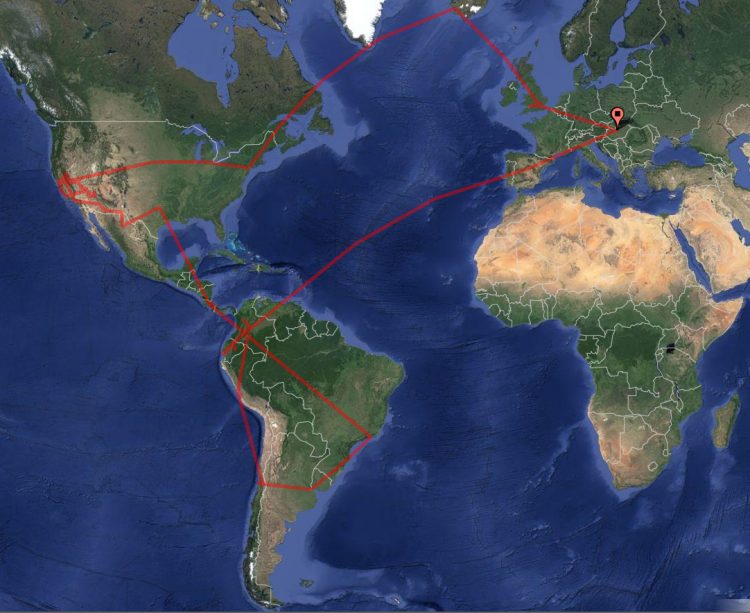 I’ve travelled to a new place every other week for the past 9 months. That should make me a seasoned traveller. And it does to a certain extent. Getting to any location by public transport in a city I’ve never been to and whose language I don’t speak doesn’t scare me anymore. I know how […]

If the video doesn’t appear, you can watch it here. I went to the market in Puerto Viejo from Cahuita and found out about a chocolate tasting tour by accident. I visited a couple of amazing beaches and saw how real chocolate is made from bean to bar. And made a video along the way.

How to instantly change your mood

Lucio Bubacco Glass Extravaganza   You know those barriers (apparently called stanchions) they use at airports to make queues look smaller and fit the room? Yes, the ones that remind you of experiments in which rats desperately try to find their way out of a labyrinth. I had to go through the biggest one I’ve […]

What visiting Costa Rica taught me

My office in Cahuita Costa Rica I’m sitting on a bus to San Jose. I have been for almost an hour now and yet we haven’t advanced more than 5km. There was a hold up.

One year ago, I quit Facebook. It was driving me mad and I had to do something about it.  A year later, it’s time to draw some conclusions.